January 13, 2017
Staying active is important for people of all ages – especially seniors. That’s why it’s not uncommon to see your favorite musicians from your childhood still rocking and rolling 40, 50, or even 60 years later. Retirement simply isn’t in the cards for these energetic seniors.
While many of the today’s aging musicians started in their teens and 20s, famous rock stars no longer have to be young to be sex symbols. Musicians from bands such as the Rolling Stones, Beatles, and Beach Boys are still entertaining audiences all over the world as they approach their 80s and 90s.


Read on to learn more about 10 Baby Boomers who are ditching retirement and still doing what they love after all these years. 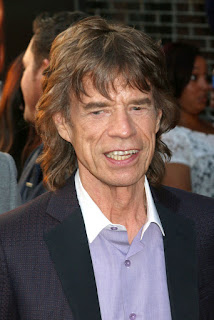 Mick Jagger. Although he sang that he “can’t get no satisfaction,” Mick Jagger apparently gets some satisfaction from entertaining fans. This 73-year-old co-founder of the Rolling Stones started his music career in 1962. Nearly 55 years later, Jagger is still going strong, with no plans to stop anytime soon. In fact, he recently fathered his eighth child, so this English rock star will be busy for years to come.

Paul McCartney. Paul McCartney is widely known as one of the members of the Beatles. This 74-year-old is known as one of the most successful composers of all time. His song “Yesterday” has been covered more than 2,000 times. He has been inducted into the Rock and Roll Hall of Fame twice and has received many other honors during his 60-year music career. He continues to tour and is known for performing three-hour-long concerts.

Bob Dylan. Born Robert Allen Zimmerman, Bob Dylan is known for his folk songs about social and political issues. Now 75 years old, Dylan has been an influential force in the music industry for more than five decades. He also dabbles in art, having released seven books of drawings and paintings. He recently won the 2016 Nobel Prize in Literature and continues to tour.

Brian Wilson. Brian Wilson is widely known as one of the most influential and creative musicians in music due to his unique ways of composing and recording songs. This 74-year-old was best known as one of the founders of the rock group the Beach Boys, which was formed in 1961. Even though the band has broken up several times, Wilson continues to write songs and perform with several remaining members of the band. 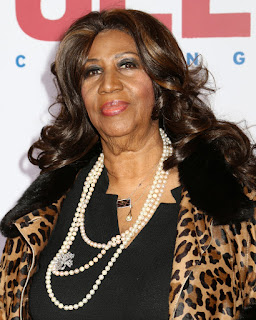 Aretha Franklin. Also now 74 years old, Aretha Franklin was just 14 years old when she released her first single. The only female on this list, Franklin started out singing gospel songs and, by the end of the 1960s, she became known as the Queen of Soul. One of the best-selling artists of all time, Franklin has won 18 Grammy Awards over the course of her singing career. She has also received several honorary degrees.  She continues to perform live and even sang at the White House in 2015.

Chuck Berry. The oldest person on this list, Chuck Berry is still performing at the ripe old age of 90. Well-known for his hit “Johnny B. Goode,” this singer, songwriter, and guitarist was one of the pioneers of rock and roll music and also one of the first to be inducted into the Rock and Roll Hall of Fame. In 2004, he was ranked fifth on a list of 100 Greatest Artists of All Time. He has plans to release a new album in 2017.

Paul Simon. Paul Simon, age 75, is well-known as one half of the rock duo Simon & Garfunkel, which he founded in 1964. The duo had several hits, including the famous “Mrs. Robinson.” Despite their success, the duo split up in 1970 and Simon began his solo career. His most popular album was Graceland, which sold 14 million copies. He is known as one of the greatest songwriters and guitarists. The 14-time Grammy winner has composed music for Broadway and various films. He continues to perform his music.

Neil Diamond. Neil Diamond has a music career spanning six decades. He originally wanted to become a doctor, but chose songwriting instead and became very successful at it. This 75-year-old has sold more than 120 million albums worldwide, making him one of the most successful singers. Diamond was inducted into the Rock and Roll Hall of Fame in 2011 and has 11 #1 singles to his name. He continues to perform for fans all over the world.

Neil Young. Neil Young started his music career at age 15. He performed in several groups before joining Crosby, Stills & Nash in 1969. Young, age 71, is known for his electric guitar work and personal and politically-fueled lyrics. He has won several Grammy Awards and was inducted into the Rock and Roll Hall of Fame twice. Born in Canada, he has lived in California since the 1960s. He continues to perform at various events. 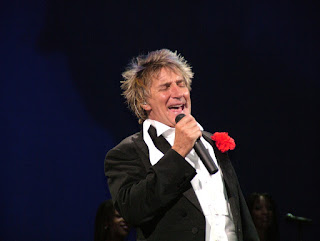 Rod Stewart. Known for his raspy voice, Rod Stewart has had an impressive solo career for more than 40 years. He started out with The Jeff Beck Group and then Faces. This British songwriter has sold 100 million albums worldwide and was inducted into the Rock and Roll Hall of Fame twice. He has received numerous awards and was even knighted by the Queen in June 2016. Stewart, who turns 72 in January, continues to make music and tour.
Aging doesn’t mean sitting in a rocking chair. For these rockers, age is just a number. People are living longer than ever, and, instead of sitting at home, these musicians are still going strong in their 70s and 80s. Whenever you’re feeling down, listen to some music from one of these hit-makers and gain a renewed sense of energy and wellbeing.

Popular posts from this blog

June 29, 2010
Photo by Austin Guhl THE FIRST YEAR: MAKING THE MOST OF COLLEGE     2010 Florida State Statues :      1009.26Fee waivers.  "A state university may waive any or all application, tuition, and related fees for persons 60 years of age or older who are residents of this state and who attend classes for credit. No academic credit shall be awarded for attendance in classes for which fees are waived under this subsection. This privilege may be granted only on a space-available basis, if such classes are not filled as of the close of registration. A university may limit or deny the privilege for courses which are in programs for which the Board of Governors has established selective admissions criteria. Persons paying full fees and state employees taking courses on a space-available basis shall have priority over those persons whose fees are waived in all cases where classroom spaces are limited." More information about this statute can be found here
48 comments
Read more

March 26, 2010
State flags on Amazon "WHEREAS, Certain tuition waivers are prescribed by statute, other tuition and fee waivers are authorized by the Board, and..." 3. Senior Citizen (62 or older -part-time) -A full waiver of the Extension fee (summer and winter sessions) is authorized for any Connecticut resident sixty-two years or older providing that at the end of the regular registration period there is space available in the course(s) in which they intend to enroll, 4. Senior Citizen (62 or older -full-time) -A waiver of the University Fee is authorized for any Connecticut resident sixty-two years or older who is enrolled in a degree-granting program pursuant to the provisions of Section 10a-99 of the CGS," 1. citation :  Excerpt from the Connecticut State University System - RESOLUTION concerning TUITION AND FEE WAIVER AUTHORIZATIONS October 8, 2009.     According to Connecticut state statue senior citizens can take college classes and earn a degree tuition free.
14 comments
Read more